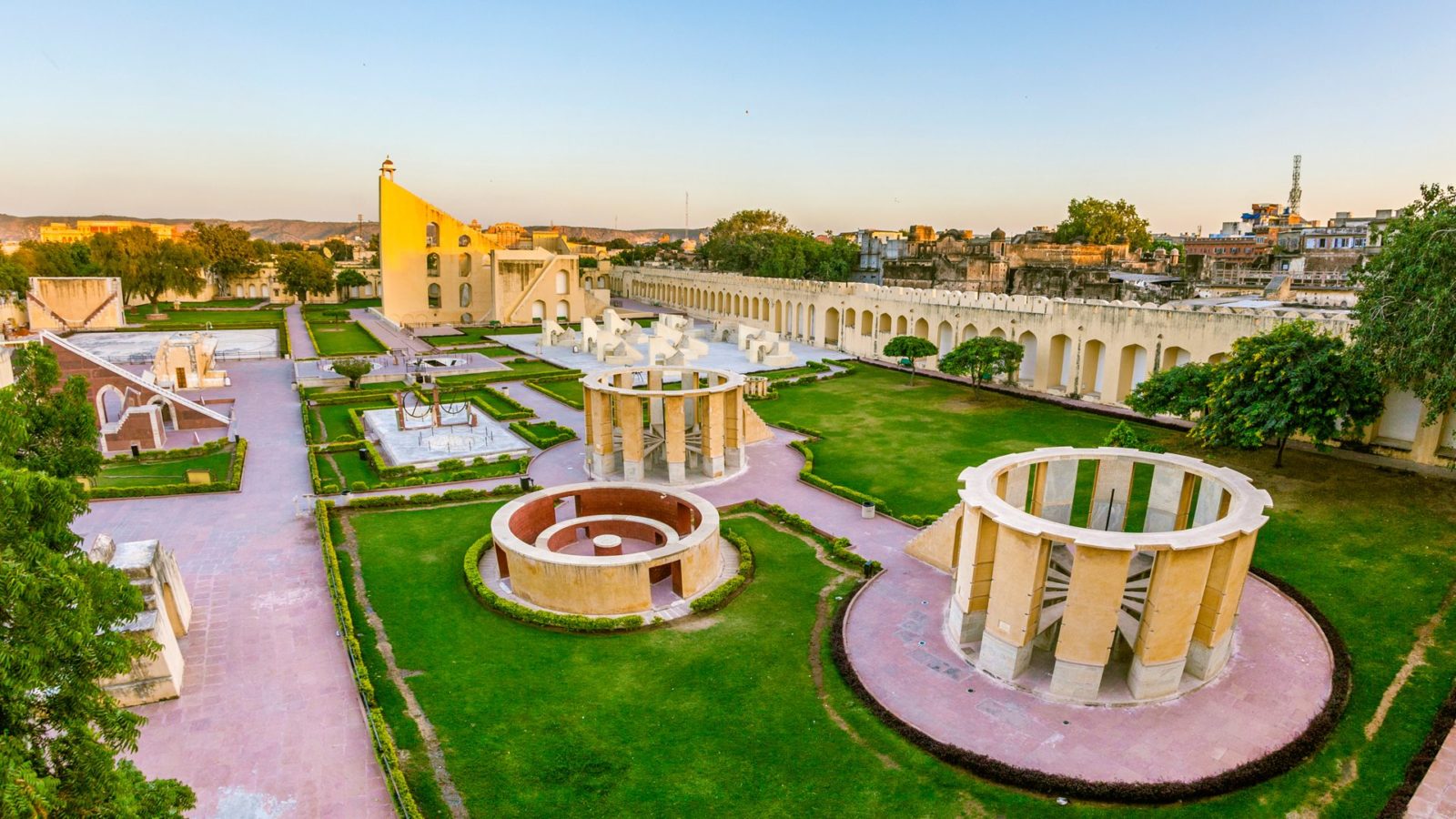 Reasons for Inscription: Number of criteria (3) and (4). Jantar Mantar is an amazing example of collectively observing the universe, beliefs and societies. It includes the instruments that are in their category the largest. It is the technical brilliance of the medieval world.

Jantar Mantar, located in Jaipur, is the largest stone observatory in the world. Jantar Mantar is one of five astronomical observatories built by the founder of Jaipur-Maharaja Jai Singh. The name ' Jantar Mantar' comes from the Yantra Manta, a Sanskrit word that refers to instruments and formulas. In fact, the' Yantra Mantra ' denotes' Magical Device.'

Maharaja Jai Singh was a respected astronomer. Emperor Muhammad Shah commissioned him to rectify the astronomical tables and validate the available data on the positions of the planet. Then in seven years Jai Singh built Jantar Mantar. This building was restored in 1901 and declared a national monument in 1948. The fascinating structure of Jantar Mantar is made entirely of marble and stone. This observatory contains a total of fourteen geometric devices. These devices are used to calculate the time of day, to predict eclipses, the position of constellations, and the heights of celestial bodies.

These geometric devices are a bit complex to understand, but they are primarily used to calculate the time is a major purpose. For example, Samrat Yantra is a sundial that can tell the time with an accuracy of only two seconds difference from the local time of Jaipur. This Samrat Yantra is 27.4 meters high and used to forecast the start of monsoon on Guru Purnima, even today. Observatories by Jantar Mantar have enthralled astronomers, historians, artists, and architects from all over the globe.

For the study of space and time, this observatory was built in 1734. The builder of Jantar Mantar Maharaja Sawai Jai Singh was a brilliant star and a great scholar of his subjects such as astronomy and Indian politics. He is the ruler of Amber and the founder of Jaipur, a great builder and ruler, and an exceptional astronomer. Emperor Muhammad Shah commissioned Sawai Jai Singh II to make corrections in the astronomical tables and confirm the data already available on the planetary positions.