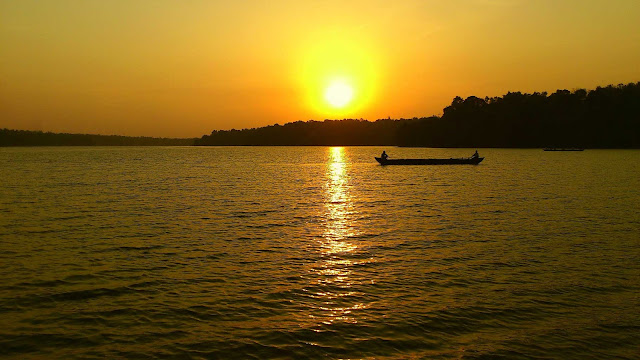 It's no small distinction to be called the' Queen of Lakes,' but a visit to Sasthamkotta in Kollam District helps you understand the moniker. The largest freshwater lake in Kerala, it has always been a hotbed for tourism activity.

Flanked by magnificent hills on three sides, this area also houses one of Kerala's most important pilgrimage sites, the ancient Sastha Temple. One can find friendly monkeys on their premises that the locals consider to be divine entities. Dedicated both to Lord Ganesha and Lord Ayyappa, the monkeys are believed to be the faithful entourage of the ruling deity, the Dharmasastha.

People love to come and feed the beautiful animals along with soaking up the spiritual atmosphere of the whole place. 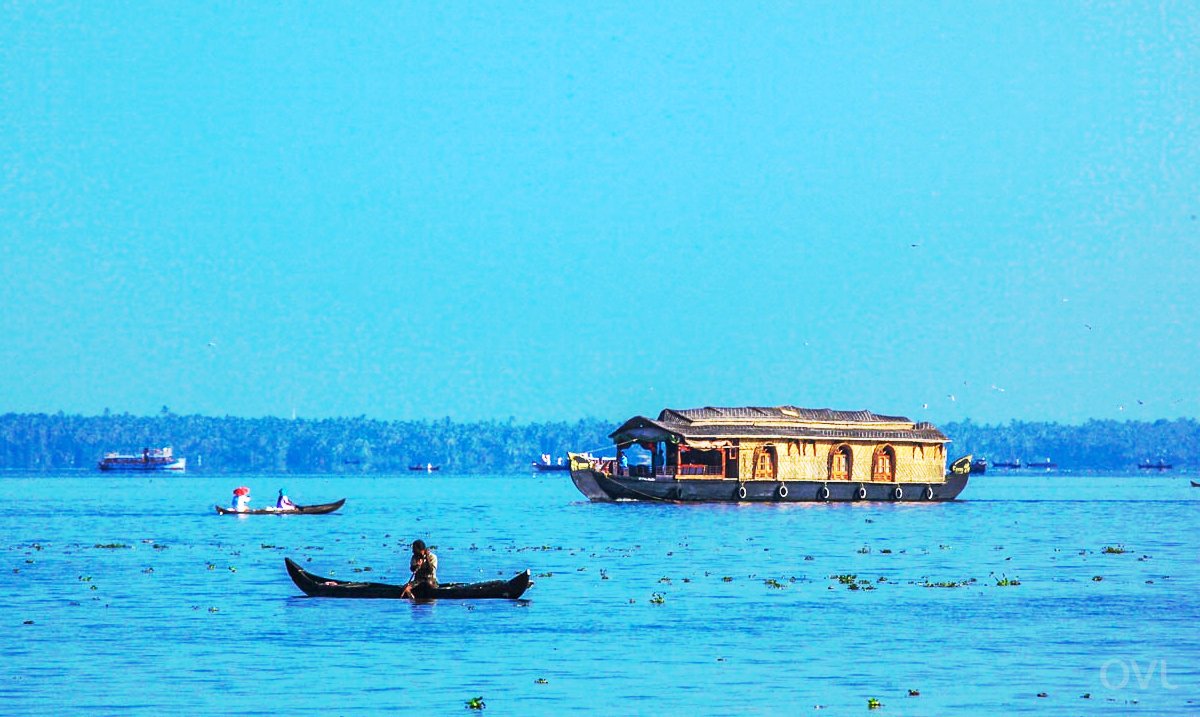 Sastahcotta Lake is Kerala's largest freshwater lake. Because of its sheer size, it is also classified as a wetland. This lake is located in the Kollam district of Kerala, very close to the West Coast. The water from this lake is used in that district to provide half a million people with drinking water. Being a freshwater lake, it has lots of fishing resources. Locals don't have to venture into the sea to get the fish. Under the Ramsar Convention, this lake is designated as the wetland.

This lake is also known by the name of Lake Sasthamkotta. It has been considered the wetland of global stature under the Ramsar Convention since 2002. The lake derives its name from an ancient temple of Sastha on its bank. This is considered the largest freshwater lake in the southern state of Kerala.

In this state, aquatic biologists attribute the purity of the water in this lake to the presence of a larva called cavaborous. They say that the large population of cavaborous larvae feed on the bacteria present in this lake and continuously make water clean.

This lake is located 25 kilometers from the city of Kollam. It is therefore present on the northern side of Ashtamudi Lake. The lake water is also reported to be free from sodium chloride and other minerals. This is what the World Wildlife Fund report indicated last year. The report seemed to have given the water quality present in this lake a clean chit. All available indicators are consistent with the world drinking water standards prescribed by various regulatory bodies around the world.

An earthen embankment separates the largest freshwater lake from the paddy fields on its southern side. This 1,5 kilometer long embankment borders the alluvial plains watered by the Kallada River. The other three sides of the lake are surrounded by steep hills. The lake on the northern side therefore enters narrow valleys near these hill formations. There are small water bodies and waterlogged areas on the southern side of the lake along with the embankment.

The total area of the lake is currently 375 hectares. The lake used to be much bigger in the past than it is now. It is mainly due to taking large areas of the lake for agricultural purposes over a period of time. Karunagapally is the nearest town from the lake. This town is only 8 kilometers away from the largest freshwater lake. There is a ferry service across this lake that transports people between the regions of West Kallada and Sasthamkotta.

The insectivorous plant Drosera is found on the lake's eastern shore, according to state biologists. Other forms of vegetation near the lake are negligible. You can find floating and rooted plants at the lake. Their number, however, is grossly insignificant to have a significant impact on the water ecosystem. Visitors can see paddy, tapioca, cashew nut and plantain cultivated on the lake banks. These crops are believed to grow abundantly in this picturesque environment due to the presence of abundant water and fertile soil.

We should not skip mentioning about 27 species of fish available when we come to the fauna present in the region. They include the spot of pearls and catfish. Besides them, it is possible to catch 2 genera of prawns and 21 species of sardines and herrings. People go out early in the morning to meet the migratory birds and listen to their sounds.

The bird watchers come across the smallest migratory bird, Common Teat. It's called locally as a dabbling duck. Visitors can also see some of the endangered species in the lake's vicinity. They're Puntius ticto, Parambassis thomassi and Horabagrus brachysoma. On the land you can see troops of monkeys living on the banks of the lake in the nearby Sastha temple. Visitors can also watch 9 butterfly types, 13 insect species, 2 Hymenopterans and 2 Odonates near the lake.

Attractions Near the Lake

The lake banks provide some of nature's best views. Traveling by ferry or boat gives some of the best views of the rustic life in that part of the world. A temple on the lake's banks offers another dimension to the experience. We're trying to list some of the attractions that make people visit this place over and over again.

Sastha Temple: There's an ancient temple dedicated to Lords Ganesha and Ayyappa. It is an important center of pilgrimage in this part of the world. The temple gave the place its name. This temple is found on the freshwater lake's banks. A large group of devotee-friendly monkeys mans the premises of this famous temple. Visitors to the temple are happy to feed the monkeys to seek blessings from Lord Ayyappa, the presiding deity.

Cruise Service: Tourists arriving at the Sasthamkotta boarding the smaller boats or houseboats to visit the backwaters through a network of canals. A travel through these boats gives a glimpse of people's rustic life against this lake's majestic backdrop.

Houseboats: Visitors who can spend a few more pennies can go on houseboats for a day or night stay. This would give a totally different experience when seen from the lake's scenic backdrop.

Evening Strolls: Every evening, the lake banks take a dramatic turn visually after 5:00 p.m. The horizon becomes colorful and the cool and pleasant breeze begins to blow beautifully taking the evening walkers to an entirely different realm of experience.

Ferry Service: There is a ferry service that runs across the lake from Sasthamkotta to the western part of Kallada. The journey across the lake offers the best views of the lake during different times of the day. 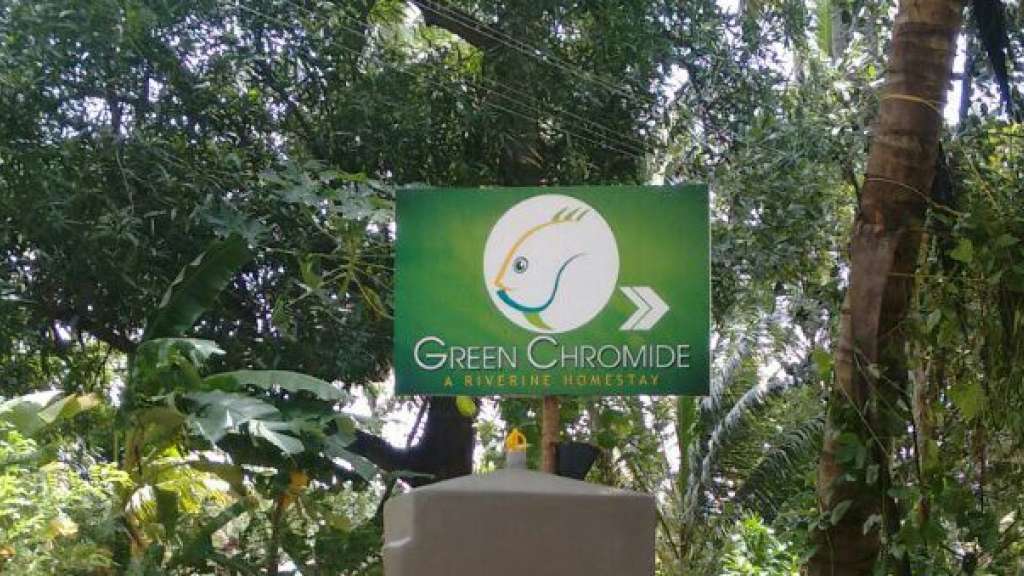 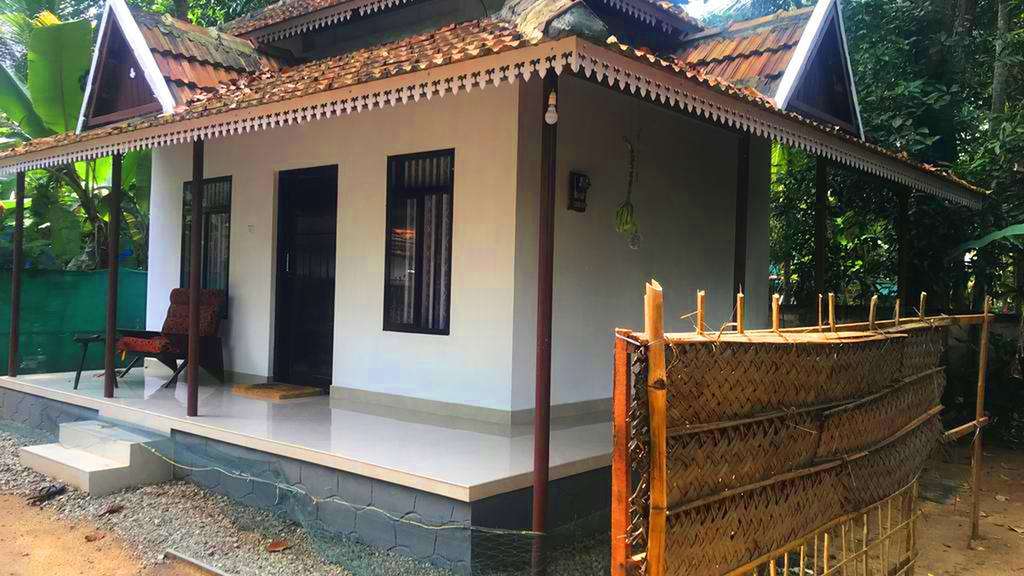 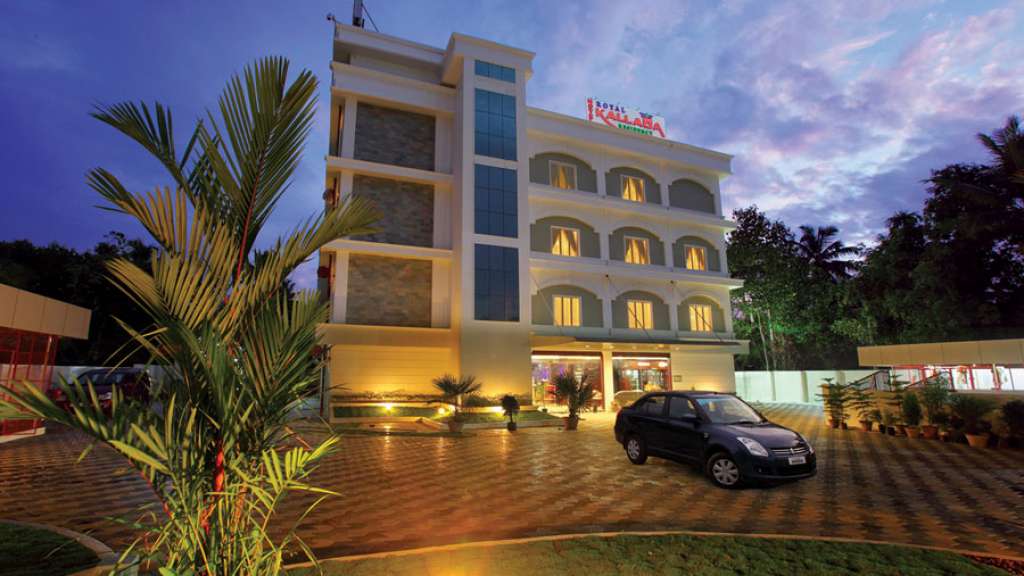 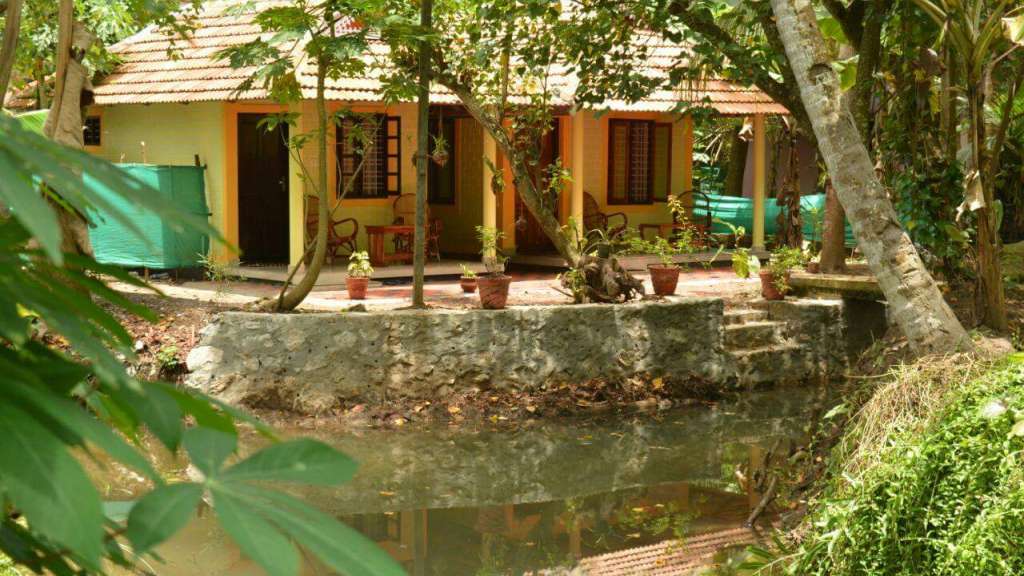 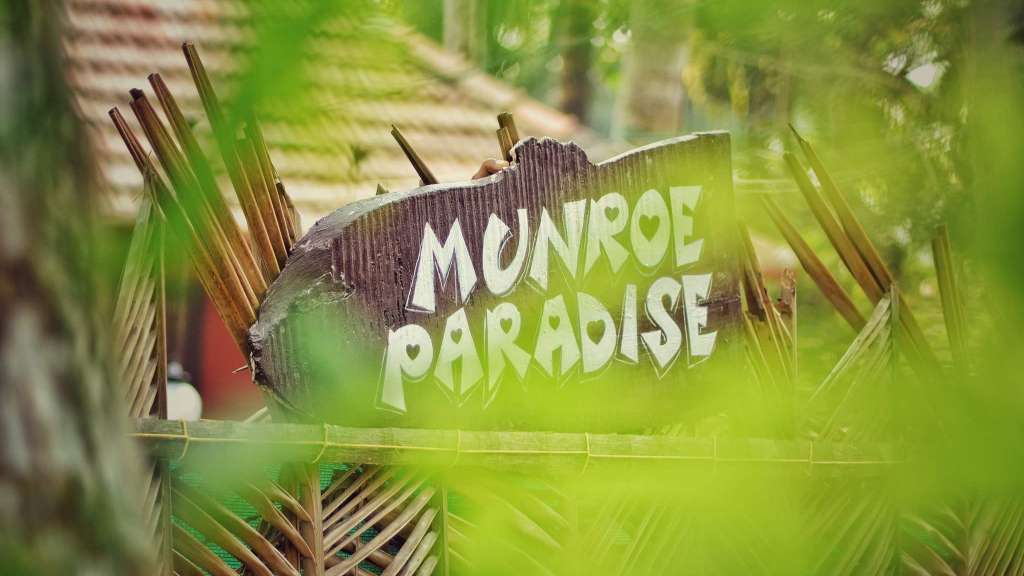 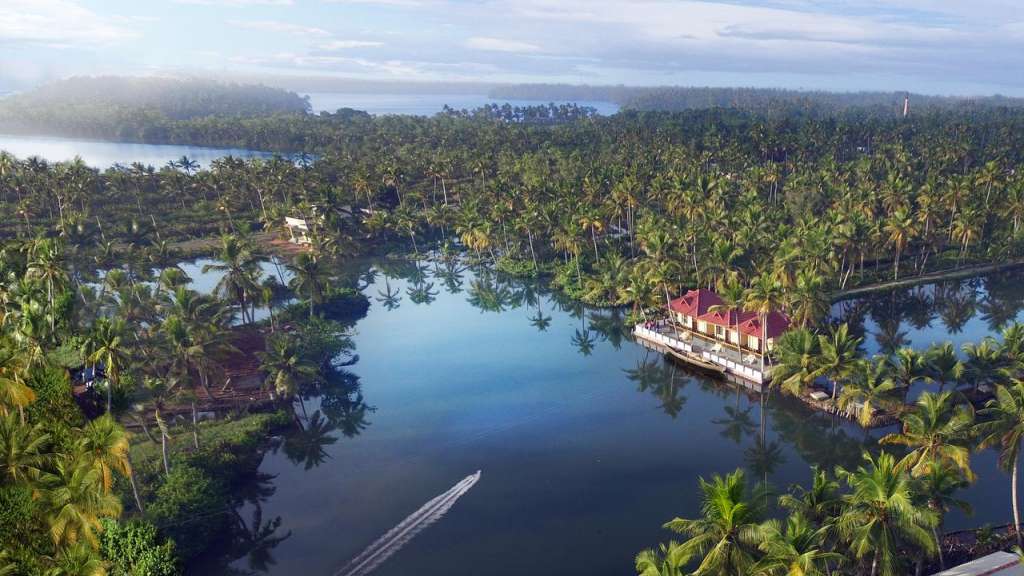 Thodukayil The Lake Side Homestay 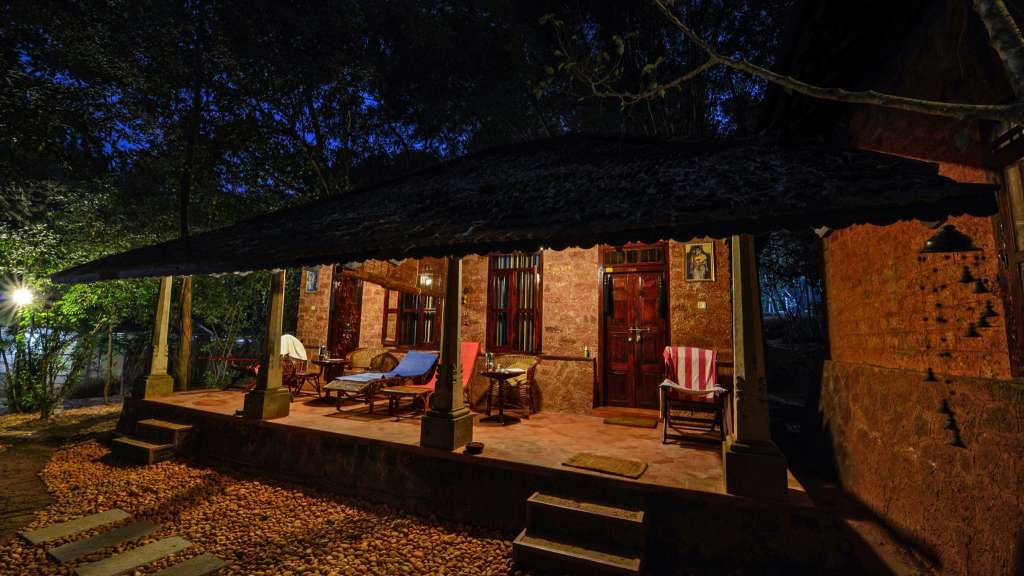