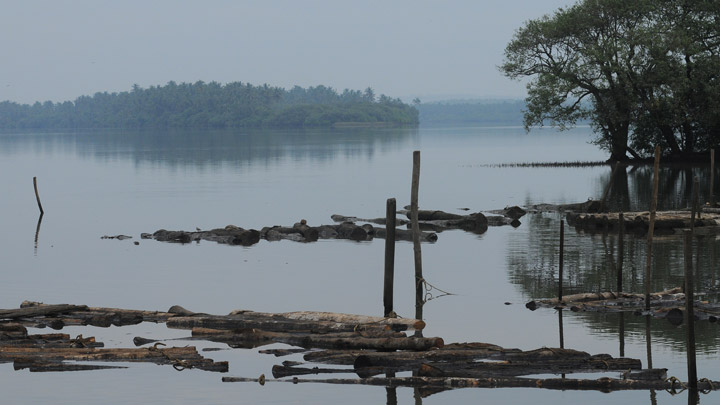 Western India Plywood Ltd, the largest wood industry, is based in Valapattanam. The timber industries have rich forest resources such as Teak, Iruli, Elavu, Karimurukku, Sandalwood etc. along with cash crops such as tea, coffee, rubber, tobacco, cashew nuts etc.

The historical Malabar coastline of Valapattanam is adorned with legends of the wise king Solomon himself, who claims to have imported wood from this shore for his famous ' Lord Temple. '

Western India Plywood Ltd., the largest wood-based industry in South East Asia, lies today on the banks of the River Valapattanam in Kannur. Fed by the area's natural forest reservoir, it is the de facto location for a variety of woods including Teak, Iruli, Elavu, Karimurukku, Sandalwood (Sandalum album) etc.

Cash crops such as tea, coffee, rubber, cashew nuts, and tobacco can also be found. Interestingly, this is the only place in God's Own Country where the cultivation of Pukayila (tobacco) takes place. Tourists frequent the fishing harbor, soaking in the visuals along with the unique tradition of transporting timber that is still practiced here. It involves linking long pieces of timber together and allowing them to float down the stream, which is a riveting experience for most urban visitors.